Since 2015, the NC Craft Brewers Guild (NCCBG) has hosted the annual Awards Banquet, recognizing members of North Carolina’s brewing community who demonstrate exceptional dedication, service, and leadership in the industry.  Award recipients are nominated by their peers and ultimately voted on by the NCCBG Board of Directors. 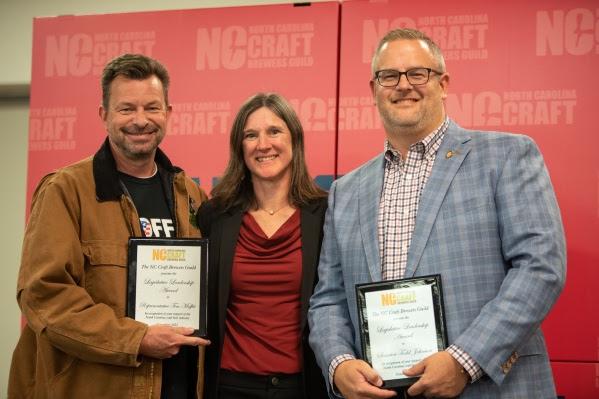 Each year, the NC Craft Brewers Guild recognizes one member of the House and one member of the Senate, who have worked to champion issues important to North Carolina’s craft beer industry.  Selected award recipients have demonstrated their dedication to helping protect the rights of North Carolina breweries and craft common sense legislative reforms that allow a friendly business environment for our industry.  From helping us to reform laws around beverage permitting, to making permanent the extension of premises for outdoor seating, to providing clarification on the sales & use tax exemption for alcoholic beverage manufacturing equipment, it is an honor to recognize these two NC legislators who have made it the NC craft brewing industry a priority.

Order of the Lupulin 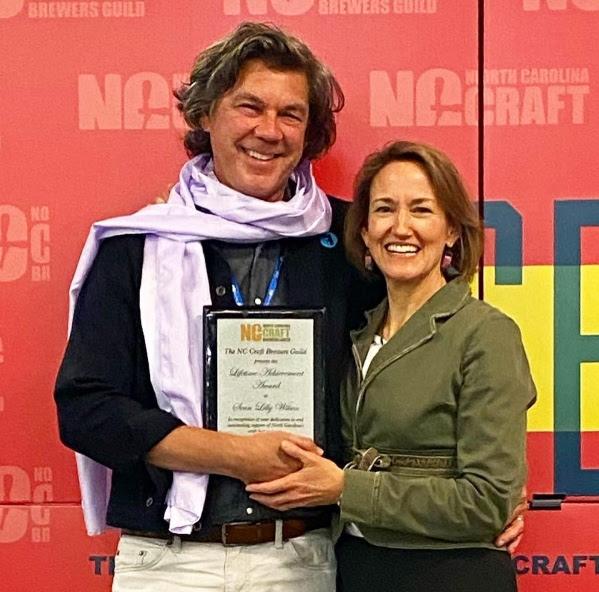 The Order of the Lupulin is the NC craft brewing industry’s lifetime achievement award presented to those who have made a lasting impact on, and ultimately changed the course of, North Carolina’s brewing industry.

This year, Sean Lilly Wilson, founder and Chief Executive Optimist of Fullsteam Brewery, was inducted into this prestigious Order, joining the ranks of prior year recipients, such as Uli Bennewitz and Oscar Wong. Sean’s many contributions to NC Beer include:

Sean’s friends and colleagues recognized him on awards night, as a “builder of collaborative community”, “ahead of his time”, and a leader that “cleared the path for craft brewing to reach its full potential.” 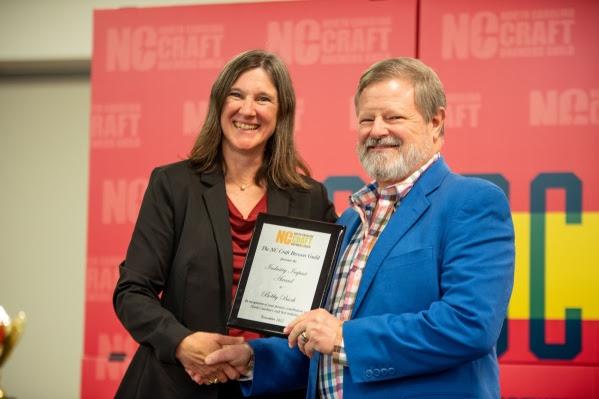 The Industry Impact Award is given to an individual in recognition of their exemplary work to build the craft brewing industry in North Carolina.  This year’s award was presented to Bobby Bush, a true NC craft beer educator, evangelist, and winner of Wynkoop Brewery’s Beer Drinker of the Year award in 1998.

Bobby Bush developed a passion for craft beer while living in Southern California in the late 1980s. A native of Hickory, NC, he later returned to his hometown and brought this passion with him. A prolific writer, Bobby wrote regular columns about the industry for a number of publications, ultimately producing hundreds of articles exploring the U.S. beer and brewing industry.  For approximately a decade starting in 1995, and under the pen name Suds Brewer, he authored "Beer & Loafing" for FOCUS, a weekly paper published out of Hickory, NC.  A long-time force behind the Hickory Hops Craft Beer Festival, the third-oldest continuously running beer festival in North Carolina, Bobby later expanded the event by establishing the Carolinas Championship of Beers (CCB) competition and awards, the first North Carolina competition that allowed our state’s brewers to receive professional recognition for their craft, with an award to display in their taprooms. 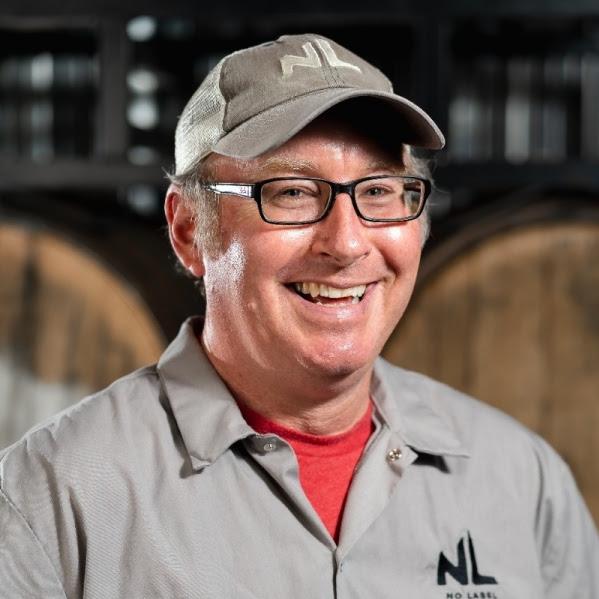 Logan moved to North Carolina from Texas in August 2021, and had prior experience working with the Texas Craft Brewers Guild.  Upon arrival in NC, Logan jumped into being involved, first volunteering with the NC Craft Brewers Guild last year during the Public House at the NC State Fair, taking shifts as a server and bar back. He then turned around and volunteered his time at last year’s NC Craft Brewers Conference (NCCBC), helping with attendee check-in, beer logistics, and anything else needed.  Earlier this year, Logan was hired as the Regional Sales Manager for Thielmann, but even with a new industry role, he did not give up volunteering for the Guild. Logan made a point to again work multiple shifts at this year’s NC Public House.  At this year’s NCCBC, Logan had the honor of introducing the company’s COO to our NC beer community.  When presented with this year’s Extra Effort Award, Logan shared this quote with us, “Working to improve the quality of individual craft breweries helps all craft breweries. The Guild strives to make every brewery more successful, and successful breweries are good for everyone.”  We couldn’t have said it better ourselves. 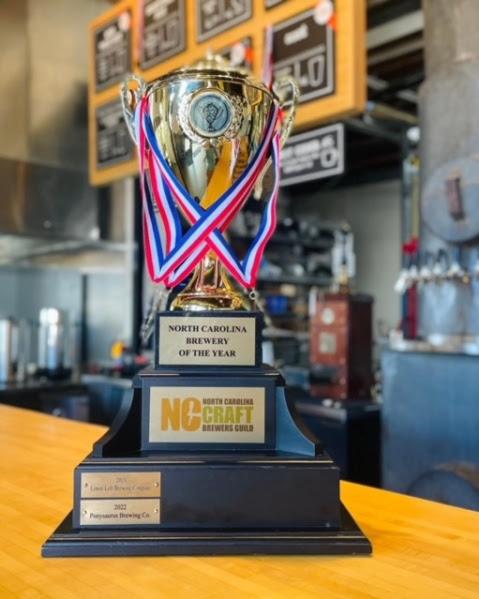 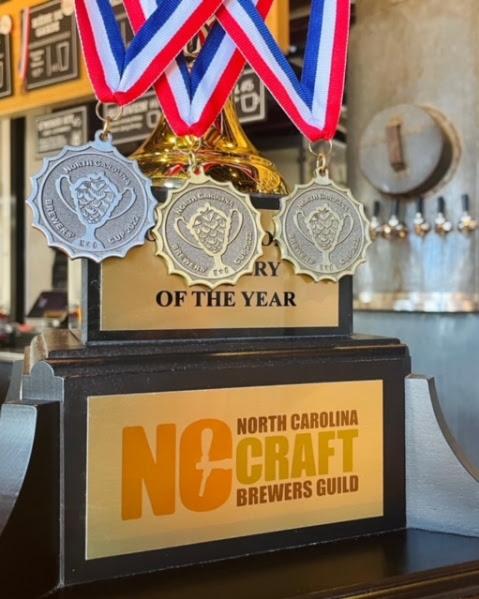 2022 marked the 11th anniversary of the NC Brewers Cup competition.  889 entries were submitted by 118 independent North Carolina craft breweries, making this year’s competition the largest to date, and the largest single state commercial competition in the U.S. Southeast.

In 2022, the NC Craft Brewers Guild was please to present the following awards:

In 2022, the NC Brewery of the Year trophy was awarded to Ponysaurus Brewing Company.  This Durham-based brewery, which opened in 2013, won 2 first place gold medals and 1 second place silver medal in this year’s competition.

2022 NC New Brewery of the Year was awarded to Steel Hands Brewing, located in Greensboro, NC.  Steel Hands Brewing is technically not a new brewery, as they’ve been brewing great beer in Cayce, South Carolina since December of 2018, however, the award was presented in honor of their new brewing home here in North Carolina, which opened in May 2022.

All NC Brewers Cup category medalists can be viewed by clicking HERE. 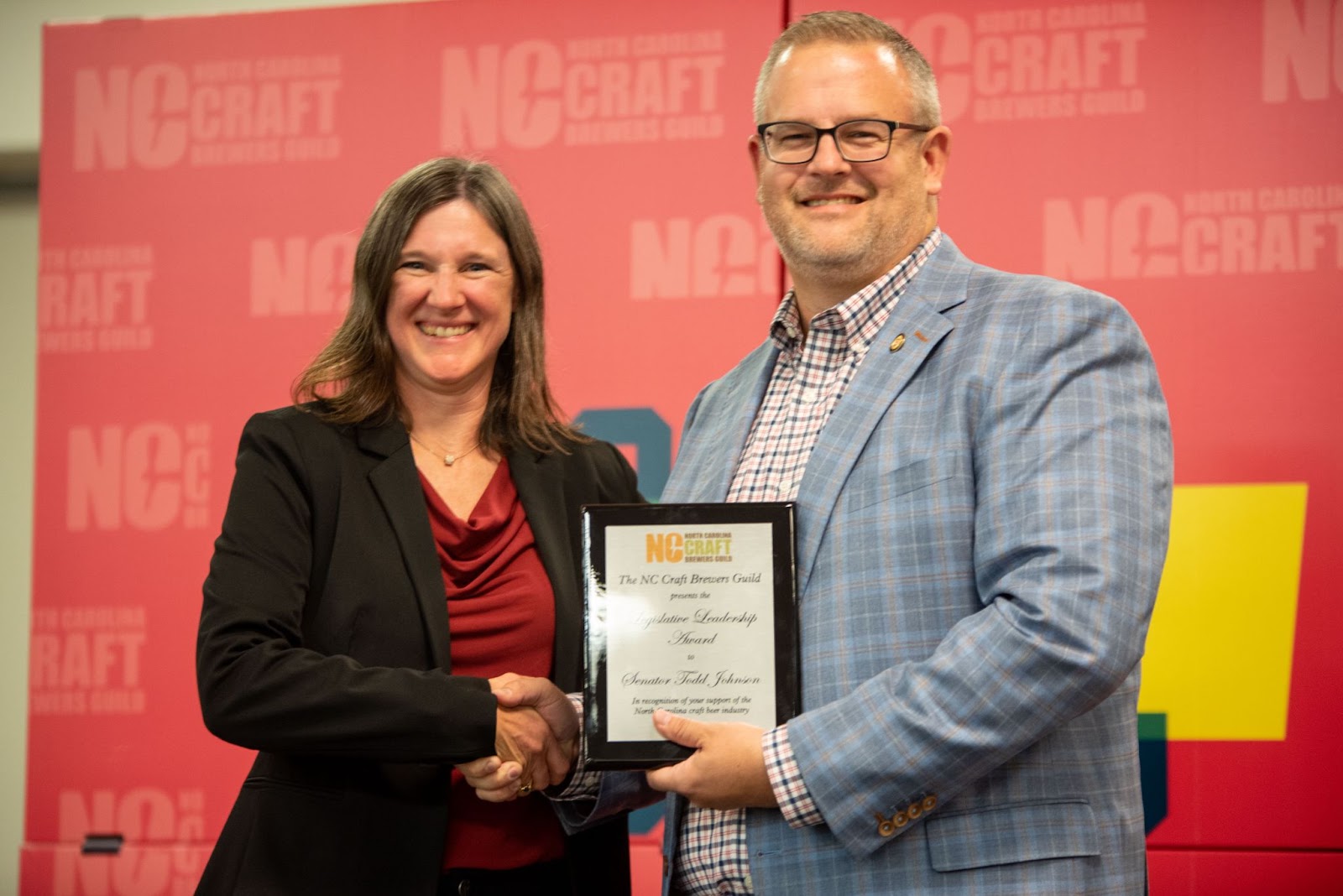 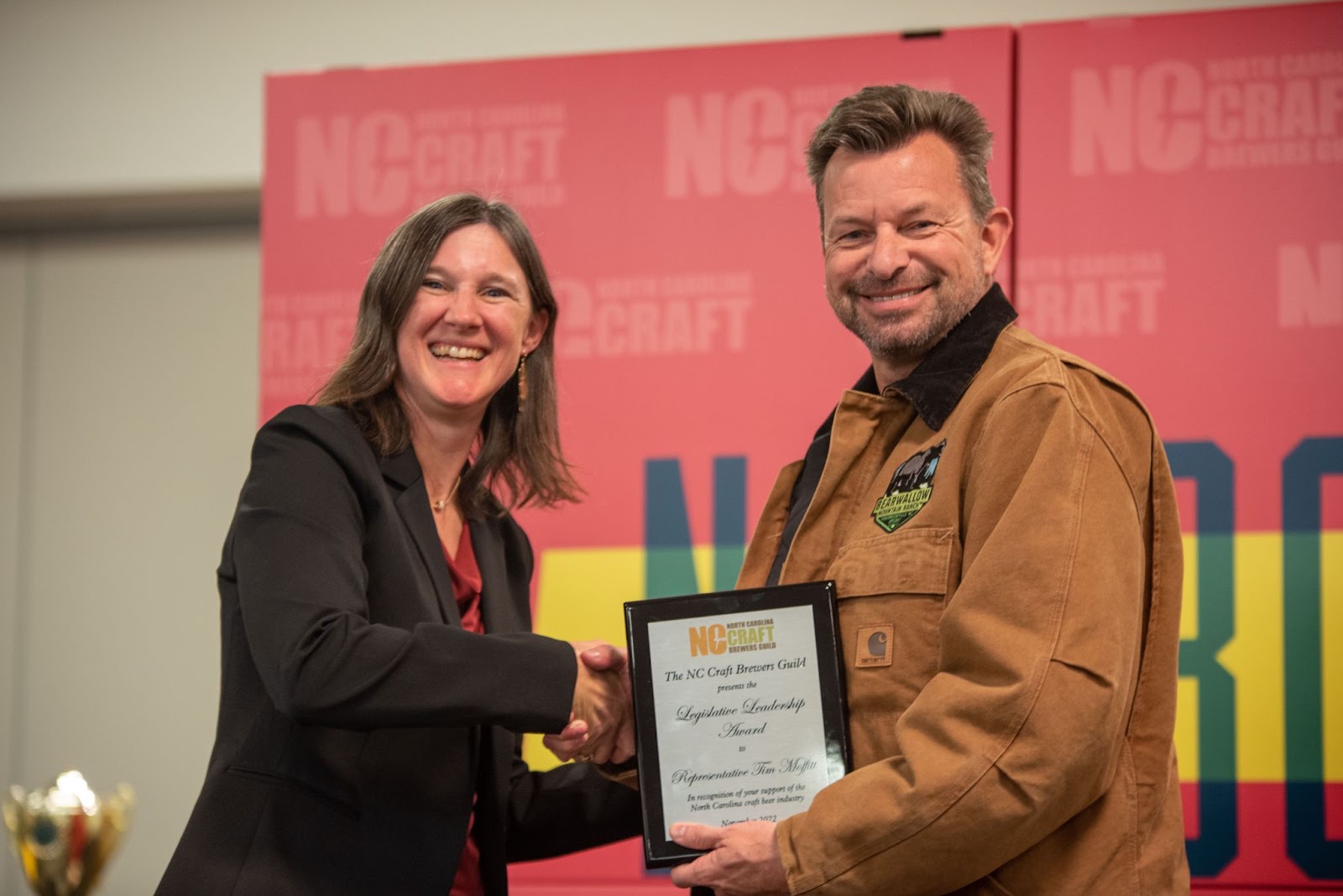